I spent a long time looking for the right cutty. There aren't that many out there, and what I was looking for was fairly specific. The closest thing I found was Stanwell's 1992 Pipe of the Year: 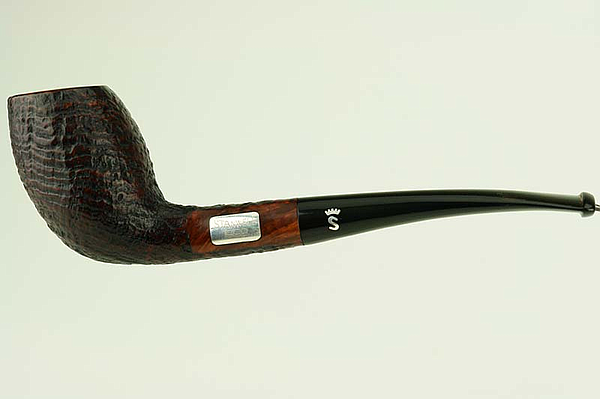 However, I wanted something a little beefier, perhaps a nice oval shank, like my Castello #33: 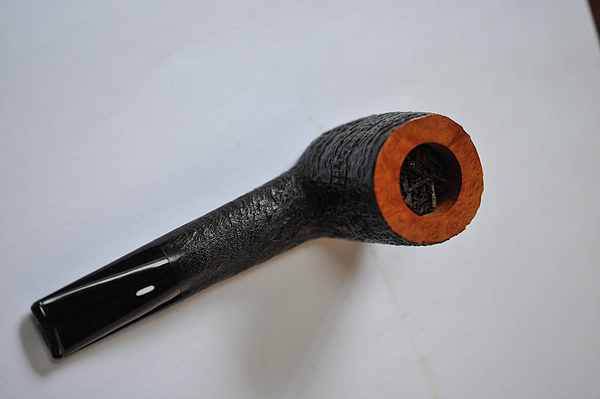 After trying in vain to find the right pipe, I decided I may as well make exactly what I wanted. I got in touch with Mark Tinsky and asked him for a tapered bowl drilled at around 115° with an uncut 24mm vulcanite rod with drilled airway and turned tenon. He was very helpful, and for a few extra dollars happily and quickly fulfilled my order.

Here's the drilled block of briar he sent me, sanded and wetted on one side to show the grain: 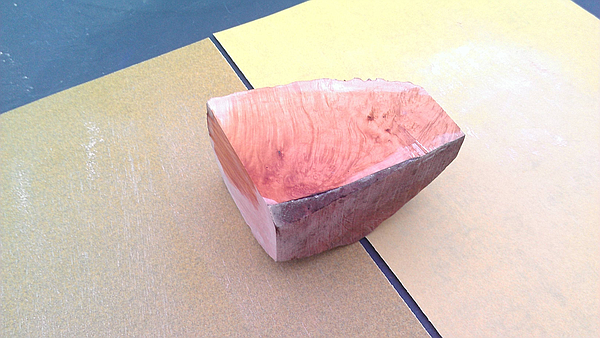 I planned out the shape, going off a printout of the Stanwell pipe: 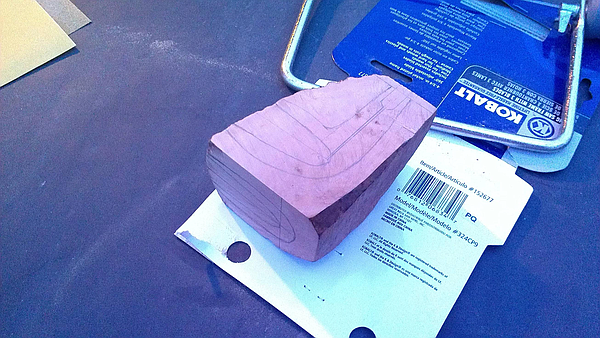 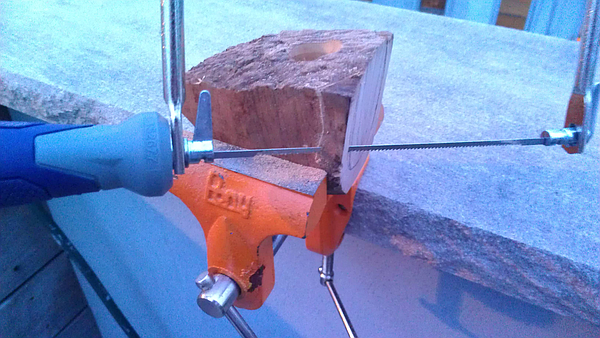 After about six hours of rasping, filing and sanding, here's the stummel, starting to take shape (note the vulcanite rod in the background): 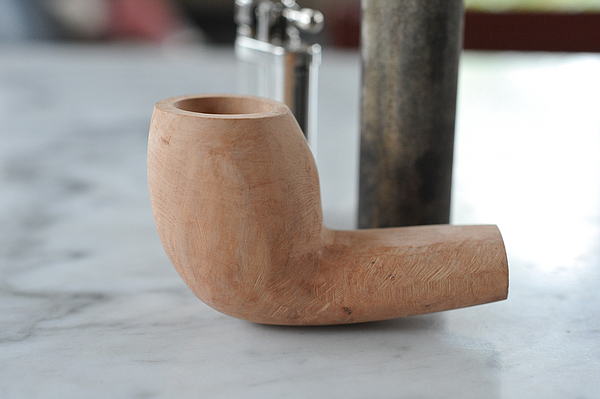 It took a whole bunch of sanding to get the shape uniform and everything smoothed out. I should add that this was all by hand. I had a Porter Cable belt/disc sander in my cart at Lowes, and my beautiful wife gave me that look: Where the hell are we going to keep that thing in our apartment? So hand sanding it was.

After getting the stummel into pretty decent shape, I threw on the stem, broke out the file, and started working at it: 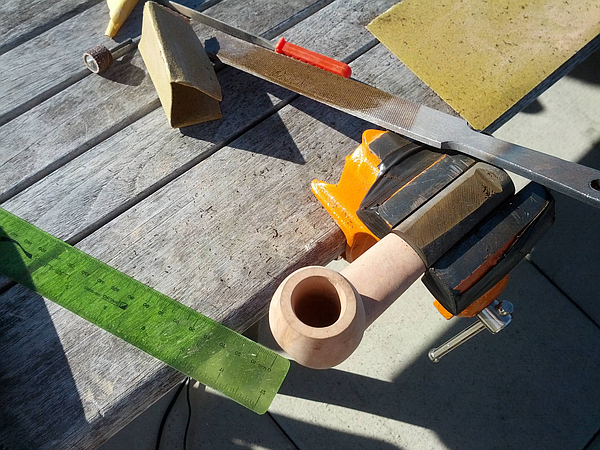 After a few hours, I had something pretty close in appearance to a proper stem: 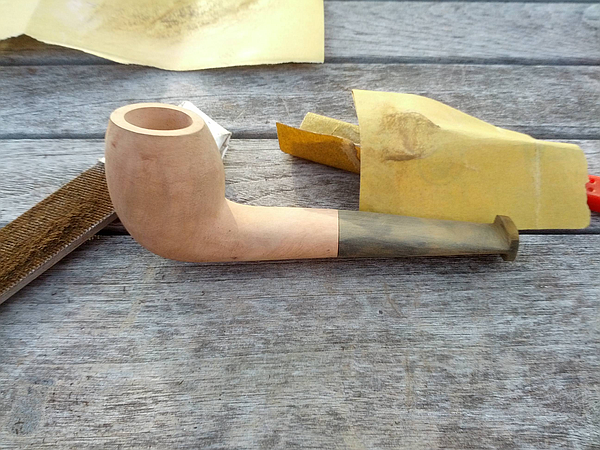 After a bunch of fine filing and sanding, the stem and button really started taking shape: 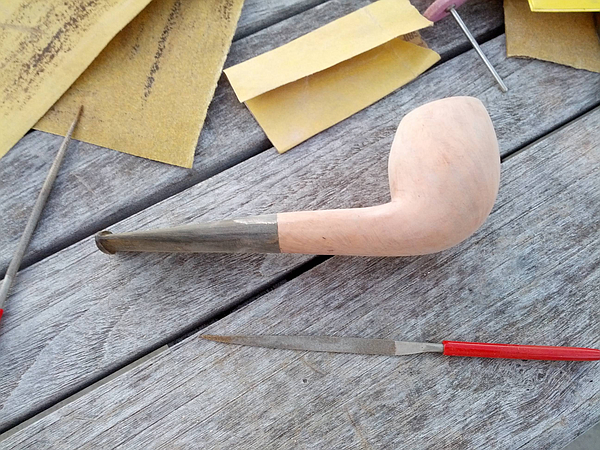 Then came the job of finish sanding: Getting the stem and shank even and smooth and getting every last nick, gouge, ridge and flat spot out of the stummel. Unfortunately, by the time I reached this stage, the sun had set, so no more photos. I will describe the following steps:

All that was left was to bask in the glory of my very first pipe: 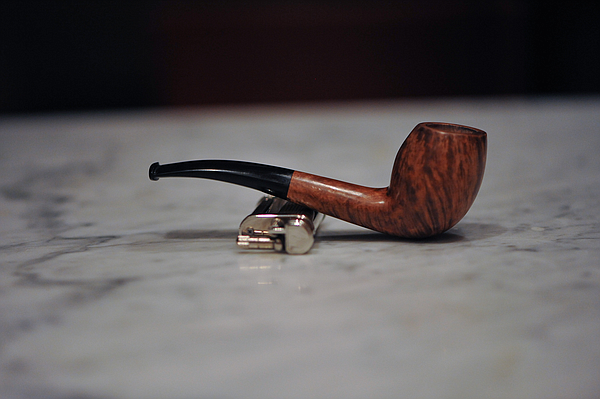 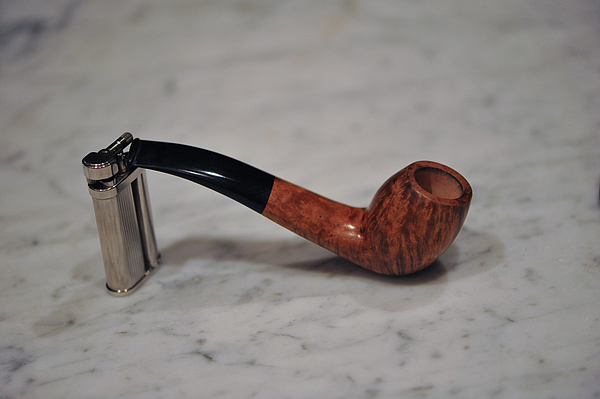 So I've been struggling trying to get my development VM started and the Samba share it exports mapped when I boot up. Last time I set this up, I'd just run the VM through vmrun.exe with a shortcut in Start Menu -> Startup. The problem is that on logon, Windows would attempt to mount the share before the VM was started. Also, I'm not entirely sure what happens to a running VM when you shut down Windows without halting/suspending it first, though it never seemed to be an issue.

The following will start the VM and mount the share in non-persistent mode (won't automatically try and re-mount at logon). It will also remove the mount and suspend the VM on logoff, leading to a faster start-up next time.

Fist create two scripts. I dropped them right in the VM's folder.

In both of the scripts, change the drive letter (Y:), the share (\\dev\thomas), the location of the VMX file (D:\vm\Dev\Dev.vmx) and the username (thomas). This of course depends on a share exported from the guest, DNS or static networking+hosts file entry and bridged networking in VMware. It also requires the same credentials for your Windows account and the share, if this isn't the case, take a peek at the net use docs. Here's the vmrun docs (PDF) as well.

Now to setup these scripts to be run at logon and logoff. We'll do this through Group Policy Editor, as it also allows you to set up logoff scripts. Navigate to: Start -> Run -> gpedit.msc -> User Configuration -> Scripts (Logon/Logoff). Double click Logon, click Add and navigate to where you saved your start script. Do the same for Logoff. This will also work in the Computer Configuration section, but I haven't found a way to allow one to bring the running VM to the foreground. 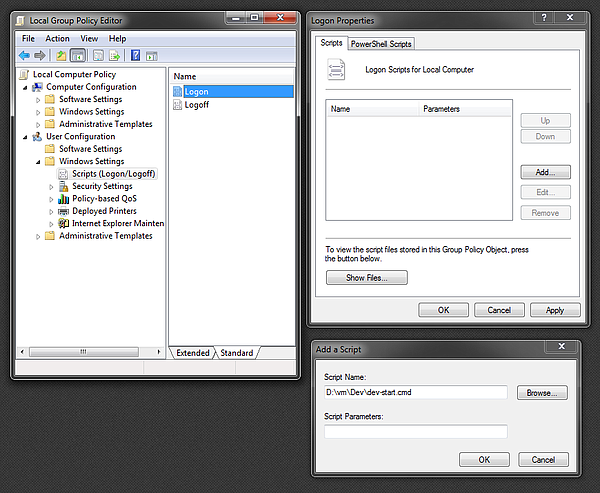 Enjoy your automatically started VM and mounted network share every time you logon to your computer.

I use speakers to listen to music while I work during the day, and a headset to play a little Battlefield 3 in the evening. I've been looking to an alternative to opening up the playback devices control panel every time I make the switch. I found that Dave Amenta had done all the hard work of uncovering the undocumented APIs and writing a console application. I did make a couple changes to his code so that the default playback device would be applied across all roles. Here's the modified code.

Download the above and drop Release\EndPointController.exe somewhere on your %PATH% (I chose C:\Windows\System32) and run it from a command prompt. It'll give you a list of devices and their IDs, remember the IDs for the devices you want shortcuts to.

Right-click and drag EndPointController.exe to your desktop and select Create Shortcuts Here. Right-click the shortcut and choose properties and add a space and the device ID to the end of the Target. You can change the icon as well (Grab audio device icons from %SystemRoot%\system32\mmres.dll). You might as well change Run: to Minimized so the console window doesn't flash when you run the shortcut. 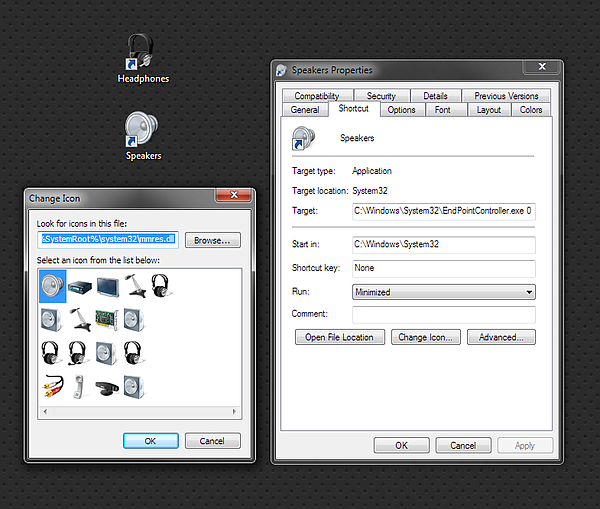 I've also set up AutoHotKey (download AutoHotkey_L, not Basic) to change devices with a keyboard shortcut:

I stumbled across the following ridiculous maze on Reddit. It's been a few years since my last AI class, so I decided to brush of the ol' pathfinding algorithms and take a crack at it. It may look like a gray square, but click it --- you'll see how crazy it really is. 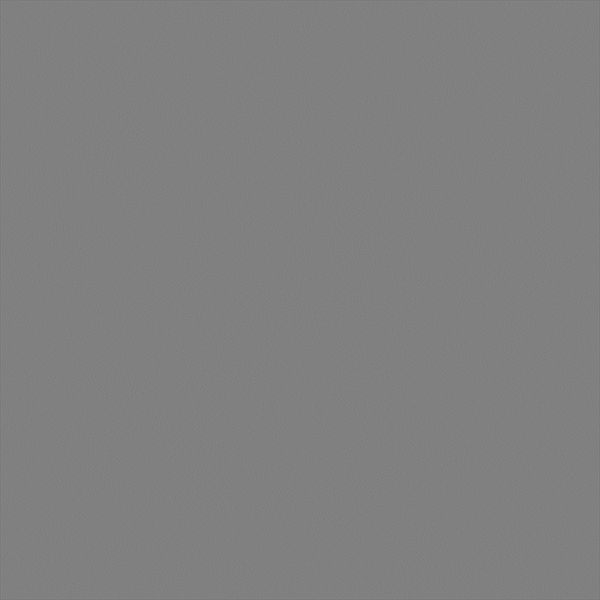 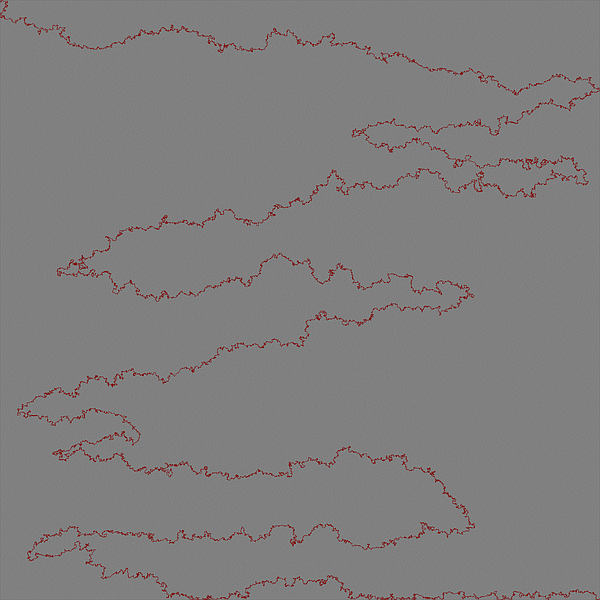 So last week some asshole decided to steal the (somewhat) famous tree sweaters from the trees on my block. Not only did the thief make off with Laurie Russell's originals, but he also took the little white "branch sweater" S.B.K. added to the collection a few weeks ago. Not the type to take tree sweater theft lying down, the residents of 16th Street (or maybe just S.B.K.?) have re-clothed the trees. 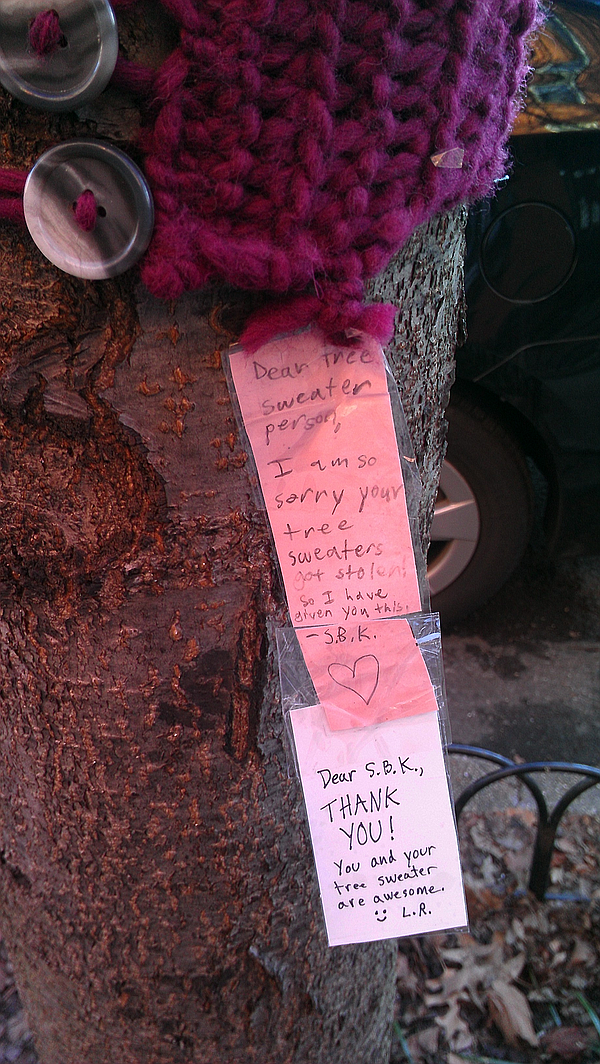 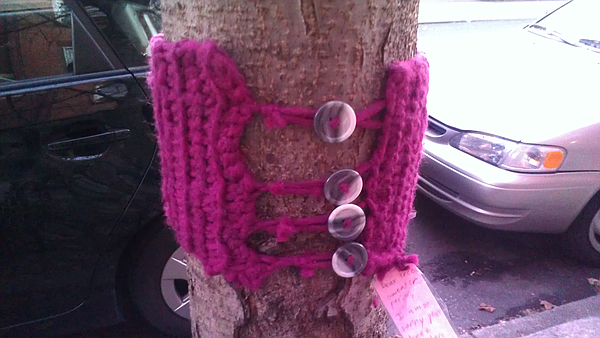 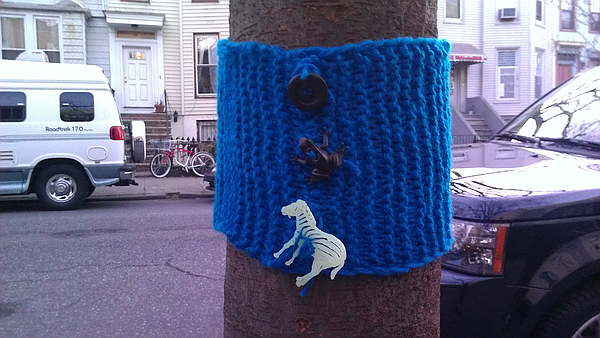 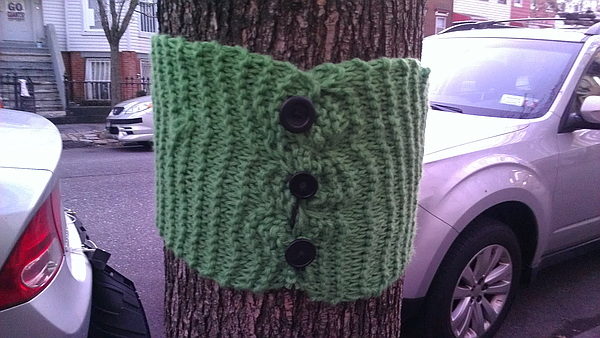 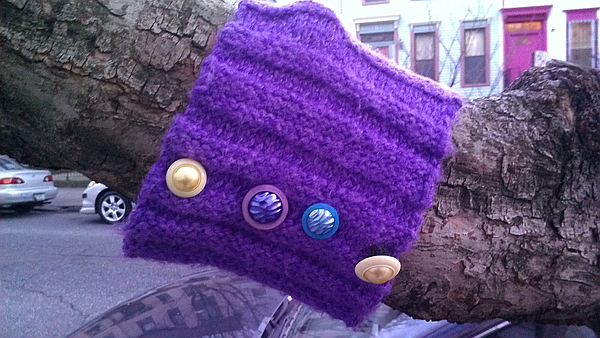 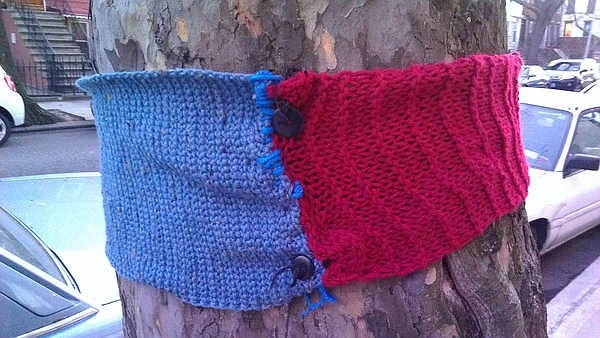 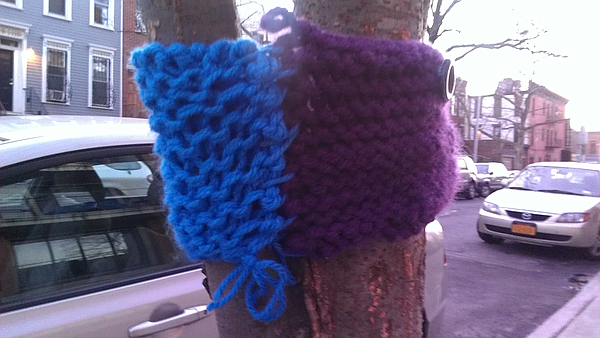 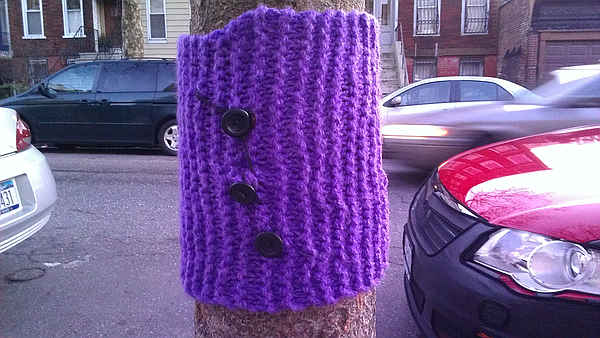